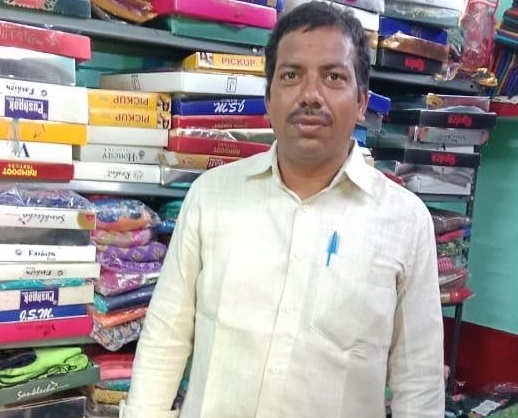 40 year old T  Anand retired from the army as Lance Naik. He is
from Nallamada, Kadri a small town near Puttaparthi which is famously known for the
shrine of   Saint Sathya Sai Baba.   Being from a Lower middle class family, his parents were
unable to afford his higher education which forced him discontinue his studies after 12 th
and look for a job.
Young  Anand wanted to help his family but at the same time was not interested in a blue-
collar job and was in a dilemma,  when he read in newspapers about the recruitment drive
the Indian Army was conducting, he immediately applied. With the memory of Kargil war
fresh in his mind and with the bravery of the youth, he decided to join the army.  He was
naturally fit so he was selected immediately in the Indian Army.  His parents were proud
that their son is serving the Nation and gave their blessings
He was attached to the Madras Engineering Group, Bangalore, and was stationed at
Dehradun.  During his years in the Army, he followed his passion for learning and
completed his Graduation.  At the age of 39 years, he was retired by the Army. By then he
had already completed 17 years of active service.
Life had also caught up with him and by the time he retired he was married with two kids,
lost his mother and his father had come to stay with him.  Anand’s wife is very resourceful
and from the time he was in the Army, he had started a small business of selling sarees and
kidswear from their home.   Whenever he used to come on leave, Anand used to buy fresh
stock from Kolkata which is known for kids wear and Bengal Cotton Sarees. Her business
was moderately successful which helped them with a little extra income to tide over the
family’s expenses.
The turning point in his life came from the time he came to MEG, Bangalore to process his
retirement papers.  He was informed by his friends and superiors that I Create India is
conducting a 5-day training workshop for Veterans who are interested to start their
business and be an entrepreneur in their second innings.  Anand, who was not a person to
allow any opportunity to go waste decided to attend the workshop to learn more about
running the business.

On the first day of the workshop, he was curious to know what is taught in the training,
since he already had experience in owning a business and has an entrepreneur at home, he
wanted to know what new things he can learn from the training.  He was not only
impressed but in awe at the end of the training. As during the course of his wife’s business
they have never conducted market research to find out the preferences of their customers,
it was always what he likes that he would buy from Kolkata and bring it for his wife to sell,
the importance of market research dawned on him and he vowed to follow the principles
taught to him to make his business a successful venture. He also learned to compute
Breakeven point, profit margins, etc which changed his outlook in running the business.
Going back to his native, he opened a shop at Nallamada which is a busy commercial
center.  He invested INR 6 Lakhs from his retirement money and named his shop as
Divyasai Textiles.  The husband and wife duo did not want to move from the ladies and
kids wear as they already had regular customers and it was a proven model.  Anand left the
running of the shop to his wife as the customers, mostly women were comfortable with a
women entrepreneur around.  He concentrated on bringing in the stocks and started
earning around INR 40,000 a month.  Since he had a lot more free time in his hands, he
decided to start something on his own. He hit upon an idea that was close to his heart.
With the help of two more ex-servicemen in his area, he floated the idea of commencing a
Defence Academy for youngsters who are interested in the career of joining the Indian
Guard – Army, Navy and Airforce.  The idea was an instant success as many students who
wanted to serve the country were interested.  As taught in I Create training workshop his
market research to find the opportunity to make a profit proved fruitful and he started the
Defence Academy in 2019.  Many students have enrolled and Anand is planning to start the
classes soon.