Practical Entrepreneurship Development Model developed by I Create has been acclaimed as the most appropriate one for the grassroots level. For the benefits of such a model to reach a vast number of beneficiaries in our country, it has decided to scale through strategic partnerships with institutions and organizations of State and National level thus institutionalizing the Entrepreneurship Development Process through them. I Create India has active partnership and executed MoUs with many National and State level government and private organizations. Some of these are:

Under the scope of this MoU, a Business Incubation Center has been established at Bangalore – NICBIC. It provides facilities such as providing guidance and information both for aspiring and current entrepreneurs to formulate their business plans, various banking schemes for funding the enterprise etc. NICBIC is focusing on helping the Aspiring Entrepreneurs “take the idea to the market”. The emphasis is on mentoring them on market research, customer identification, determining the economics of the business in terms of cost computation, price determination, assessing cash requirement, business plan preparation, credit linkage guidance etc. 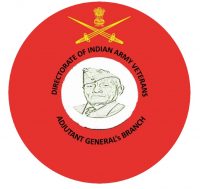 Directorate of Indian Army Veterans (DIAV) and I Create India (I Create) have entered into an MOU for establishing Business Incubation Centers (BIC) in different Army locations in the country to help those of the retiring army veterans, who want to embark on their entrepreneurship journey, with training , mentoring and handholding.
As of December 2020, four BICs are operational –

I Create India is partnering with the Department of Youth Empowerment & Sports, Govt. of Karnataka to provide Skills and Entrepreneurship Training for the youth in the age group of 18-35 years
The training workshops were conducted at 10 areas in Rural Karnataka covering 295 participants. Overall, the program was very successful with 26 trained participants starting their business and becoming successful Entrepreneurs with I Create Mentoring and Access to Capital through our MAGIC fund. 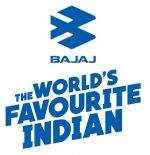 HCL Uday is HCL Foundation’s Urban CSR program, essentially operational in cities where HCL has a presence. HCL addresses its corporate social responsibility towards its immediate neighbourhood through this program.

Wheels Global Foundation (WGF) was founded in 2013 as an independent 501(c)(3) organisation by prominent IIT alumni, to leverage work done at IITs and IITians in India and across the world to provide innovative technology driven solutions to the challenges that affect the global rural population in six areas; Water, Health, Energy, Education, Livelihood and Sustainability (WHEELS) 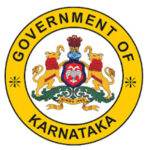 KASE is the apex agency of Government of Kerala for skill development initiatives in the State. It is engaged in planning and implementing skill development programmes and projects for the benefit of the youth at large. KASE partnering with I Create conducted Entrepreneurship Training for selected Govt. ITI’s as part of the i -STEP (International Skills Training & Employment Program) initiative.  The ITI’s are funded by the Department of Employment and Training, Government of Kerala and is totally targeted at students from poor economic background.