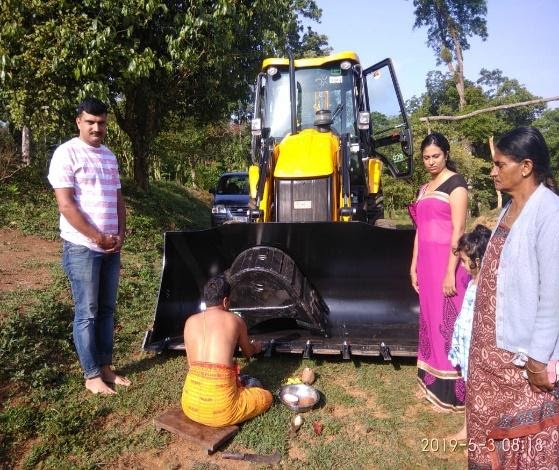 Lance Naik Thammaya was always interested to join the army as he thought it was an adventure to fight in a war or rescue civilians during a crisis.  Little did he know that once he joins the army, it was the sense of pride serving the country which will be foremost in the minds of a soldier. Though his father was ex-army, he always thought his father had joined the army to enjoy life as the pictures and movies he saw were of people singing, dancing, and glorifying the war.  On joining Army, he realized that discipline, hard work, and the patriotism towards his country is what the army is all about.

As the family owns a coffee plantation in Coorg, Tamil Nadu, Thammaya had a comfortable life at home, his father wanted him to continue his education once he completed his 12th grade but, Thammaya was more interested in starting a business,  he borrowed and invested in a poultry farm and started his business in a small way, the business unfortunately, it was a disaster and he had to close down.  He lost confidence and was looking for a job, during this time, since his father was ex-army, he got into the army without much difficulty.  Army taught him what life was all about, he learned that things could be achieved only through discipline and hard work.

He was part of the UN Sudan Peacekeeping force and after serving there for a few years was stationed at MEG & Center, Bangalore.  When he was due for retirement after serving the army for 17 years, he learned about the I Create India Entrepreneurship Training being conducted for Aspiring Entrepreneurs.  Thammaya always wanted to be an entrepreneur albeit his inexperience. As he failed once, he was determined to learn the nuances of running a business this time around to be successful. During the training, he realized the mistakes he had done in his first business and learned what he needs to do before and after starting the business.

On retirement, when he went back to Coorg, he did a thorough market survey and decided to start a business of renting out JCB machines.  Since he needed skilled personnel to operate these machines he has employed 4 drivers.  He has invested around INR 30 lakhs of his own money from his retirement funds and is running the business successfully.  He makes around INR 2 lakhs a month after all his expenses.  His army background is a big plus for him as people respect and trust him which is a big boost for his business.