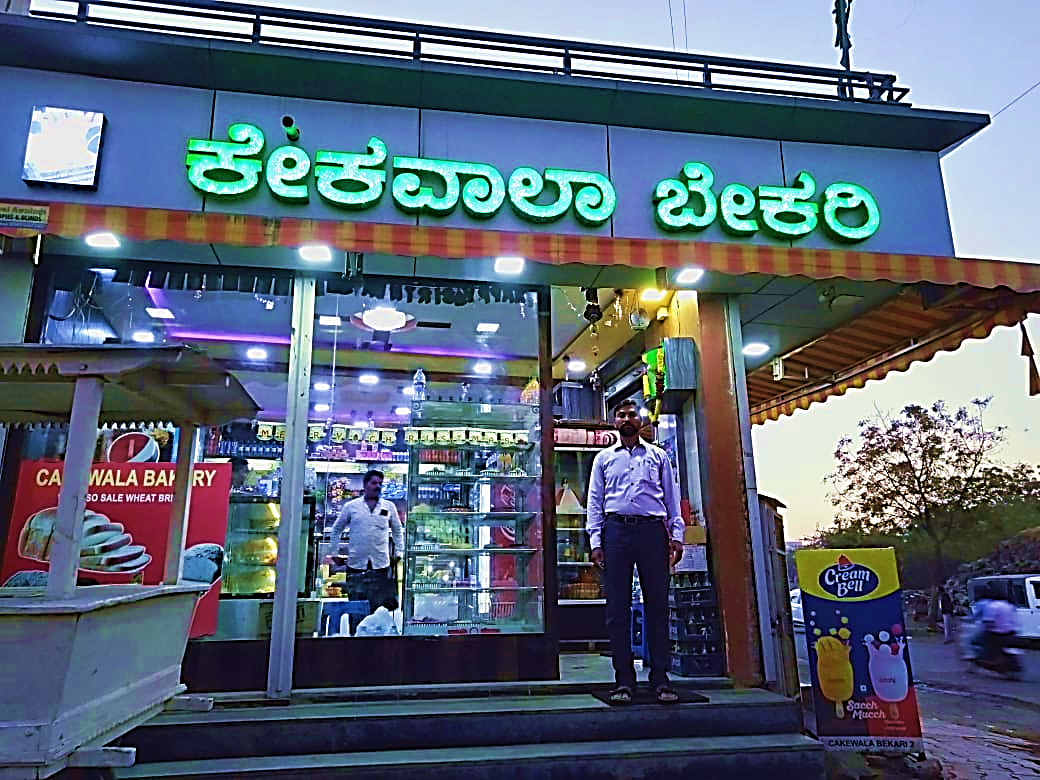 40 year old Nayak Sadhashiv Handagi is a successful entrepreneur today, but the journey was not easy.  He is basically from a family of agriculturists.  Though they have large acres of lands, like all farmers, the yield was mostly dependent on the vagaries of monsoon.  Leaving farming, the next best thing in their village was to join the army.  When he lost his father, the family of 4 comprising of his mother and two brothers looked up to him to manage the family as he was the eldest son.  He was able to complete his 10th grade with great difficulty, the opportunity to study further was not an option as he has to take the responsibility of giving at least basic education to his brothers. He joined the army at a young age and started taking care of the family.

Since the family has large acres of land, they grow crops like grapes, groundnut, wheat, sugarcane, and turmeric, all these crops are seasonal and the profits were also seasonal.  Being in a joint family, the lands are distributed among brothers, and each one looks after their share of the farm.

In due course, all the brothers joined the army and Sadashiv was forced to take Voluntary retirement and had to forego six years of his service to look after his family as well as the farmlands.

He was in a dilemma when he decided to retire,  he had plans to do an agricultural activity but from experience, he was aware that it was not something he can depend on to meet the family expenses.  The thought was in his mind when he came back to MEG & Center to process his pension papers.  He seized the opportunity to attend the I Create a Training Workshop for aspiring entrepreneurs to learn about starting their own business.

When he went back to his native, he did a market survey as taught in the I Create India Workshop and found there were no bakeries in his area, he decided to start one. He sourced his stock from his neighborhood as well as from the neighboring villages and started stocking quality products.  The business picked up immediately as people in his village used to buy bakery items only when they used to travel outside their village which was not very frequent. With a bakery closer to home, the children and adults alike can get their favorite cakes and snacks in their own village which is of good quality.

He invested INR 5 lakhs from his retirement money and started it in a small place, with the business picking up, he has moved to a new shop in a commercial area where there are more footfalls. Today he has employed two people to help him in his business, taken the shop on lease for a longer duration.  He also caters to orders and makes around INR 45,000 a month apart from his expenses.  With the income received from the bakery, salaries from his brother who is in the army, the family leads a comfortable life.  Sadashiv is happy that he is able to live up to his family’s expectation of running the family responsibly.  His agricultural income though inconsistent is still giving him returns with which he is slowly securing his family’s future.